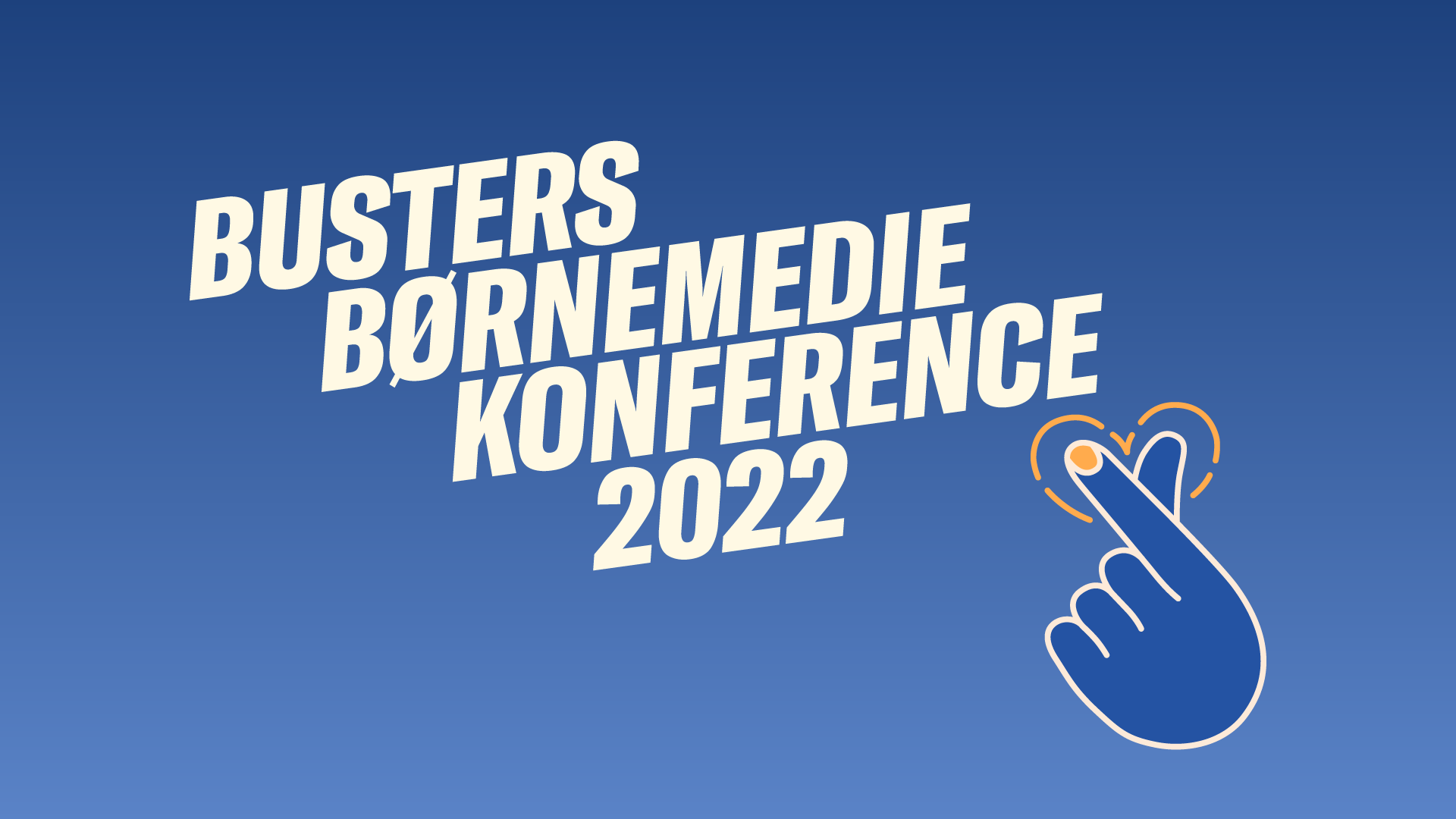 BUSTER’s major children’s media conference highlight’s new trends in the film and media industry for children and young people with a full day of presentations from researchers and hands-on cases from films, TV series and online universes.

In 2022, we will focus on children and young people’s digital everyday lives, digital as well as physical communities and the involvement of the target audience in the development of new content. We’ll be joined by presenters and talents from live-action films, animation, games, social media, communities and the metaverse.

Rikke Flodin presents the new study that Will & Agency has made for DR under the title “A peek into the lifeworld of 3-9 year olds”. Get the very latest insights from the life of kindergarten kids and preschoolers from some of the most accomplished researchers in Denmark.

Betina Lerch (better known as Beduna) is a YouTuber, Star Stable Ambassador and game video creator. At the conference she will talk about her four years in the online horse community, Star Stable. Star Stable is the world’s largest horse adventure game and community with over half a million active users per month. Betina enlightens us on digital friendships and dynamics.

Filmmaker Eva Marie Rødbro is a distinctive voice in the Danish documentary film industry. With successes such as “I Love You I Miss You I Hope I See You Before I Die” – and “Prinsesser fra Blokken”, the award-winning director is now setting new agendas for stories about girls and women’s lives with her new TV series “PonyLove” in which horse girls are given a voice. Eva is on stage with her co-stars in a conversation about the vital communities in the stable and on the riding arena.

TikTok expert Sofie Swienty puts into perspective the TikTok algorithm’s use of communities, which is markedly different from the traditional mechanisms we know from both Instagram & Facebook, including examples from BookTok. She focuses on the question of what is the most authentic child and youth life? The digital or the analogue?

12.00-12.30: How do we protect children and youth in their digital lives?
Mathilde Heegaard Bausager, Project manager RITEC project (Responsible Innovation in Technology for children) LEGO, Denmark.

Mathilde Heegaard Bausager talks about LEGO and UNICEF’s new joint project RITEC. RITEC stands for responsible innovation in technology for children. The project is the collaboration between the UN children’s organization UNICEF and LEGO. How do we ensure the well-being of children and young people aged 9-17 in a digital era? Can well-being be put on a formula and how can creators, producers, regulators and organizations facilitate and set the framework for good digital childhood and digital play?

Stories for the present

The team behind this year’s big love film “SMUK!”, which will premiere in Danish cinemas in the autumn holidays, will be on stage with clips from the film. Film director Tilde Harkamp, screenwriter Line Mørkeby and producer Marcella Dichmann will talk to BUSTER programme director Mariella Harpelunde Jensen about the creative processes, research, findings and dialogue with the audience – and not least Line Mørkeby’s great experience in reaching today’s young audiences in language and dialogue.

Award-winning Swedish film director Sanna Lenken presents clips from her new heartbreakingly beautiful and funny film “Comedy queen” and talks about working with young actors and how she reaches contemporary and child audiences with her present authentic stories. Lenken is one of the Nordic countries’ great directors with an interest in telling stories about and to children and young people. Her feature film “My Purple Sister” won the Crystal Bear in Berlin in 2015, and this spring she won another Crystal Bear for “Comedy Queen”.

The film collective GIGIS presents their latest TV series “100 Problems” in a fabulous conversation about working with narratives from a collective, developing as artists and keeping the good style in a large open digital community on YouTube. How do you avoid online hate and bullying? What’s the secret recipe?

With his groundbreaking documentary “We met in Virtual Reality”, 23-year-old filmmaker Joe Hunting has opened up the metaverse to the general public. The film premiered at the Sundance Film Festival in January 2022 and explores the new media reality with surprising intimacy and heartfelt curiosity. Joe shows clips from his film and talks about the new large digital communities on VR CHAT that frame his film. He puts into words the value of digital communities compared to traditional physical communities – and shares his exciting experiences in maintaining positive online digital communities. The film can be streamed on HBO Nordic before the conference.